Many traders and investors are desperately hunting for a “high win rate” or “high probability strategies”.

But what if your 90% win-rate still left you with losses?

It’s not that hard to imagine and many traders and investors who I speak with don’t have to imagine at all because they have lived through it.

Allow me to clarify something very obvious before we dig deeper…

You can win a small profit on 99 trades in a row and then lose it all on one trade.

Even though 99% and 100% may not seem very different, that 1% is what makes all the difference.

Now that I’ve explained the utterly obvious to you, let’s get into the hidden problem with a theoretical 99% win rate.

What really happens to people who lose money with a 99% win-rate is that they take a huge hit on a “winning trade”.

What the proponents of 99% win rate strategies don’t explain is that you don’t spend 99% of your TIME profiting.

But, unfortunately, you are likely to spend 50% or more of the TIME underwater.

Let me briefly explain what I mean by “underwater”.

There are two types of losses. Realized and unrealized.

Contrary to popular belief, “unrealized” losses are “real” because you have to live through them. During an unrealized loss, you are currently without the value you put into the investment or trade and cannot liquidate and use the capital for something else because you have a loss.

Your broker will reduce your buying power because it’s a real loss.

Your net worth declines because it’s a real loss.

You cannot borrow against the value of the original position because it’s not worth what you put into it because it’s a real loss.

Anyone (and I’m not afraid to be so bold as to say this) … Anyone who is telling you to ignore unrealized losses is either being selfish or foolish.

They’re motivation might be selfish because if you start to consider your loss as a “real” loss then you may stop listening to them and move on to someone else and they will lose the income they are getting from you (normally in the form of fees).

Or they might just be foolish because they have trusted other people who were selfishly telling them that unrealized losses don’t matter.

OptionsSellers blew up on a trade that would have eventually been profitable. They would have continued on with a nearly unbelievable win-rate if they were just allowed to hold their losing position. But the intra-trade “unrealized” loss was real and they were forced to “realize” the loss.

The were ultimately right and had a “winning trade” in theory… but in the real world they were left with losses that outweighed hundreds and hundreds of wins that were “realized” before that.

Long Term Capital Management had the same issue. The trade that blew them up also would have been profitable if they were able to hang on.

They were both right and lost — big time.

That is, in theory they were right, in reality they had losses that wiped them and their investors out.

I can pick on these guys because the post mortem analysis is conclusive and obvious. But what concerns me the most is that people are still pumping out “high win rate” as a major selling point for all types of trades, strategies, and systems.

Some of these have blown up in the past several months and yet they are still being promoted because the long term “win rate” is still high. YIKES!

A high win rate does not promise you a smooth ride 99% of the “time”. You can find yourself in deep water, drowning in losses, even during trades that will eventually end up profitable. But how big can you really trade these? How much can you really handle in unrealized losses? What will your account look like if the market gaps past your stop loss on just TWO trades in one year?

For most, the answers to these questions are sobering and alarming.

I hope the first point here is very clear: A high win rate is a terrible indicator for success. It’s nearly meaningless and it would be much more meaningful to clarify the “time spent winning” — which most people do not know how to calculate — or even if they know that statistic, they choose to not talk about it because they do not want to admit how much smaller that figure is compared to the times they climb back to barely exit with the narrowest of profit margins and call it a “win”.

Ok fine… if the win-rate doesn’t matter then what does?

I already pointed to the idea of “time spent winning” and that’s a good one but I have something that is far more important that I will encourage you to focus on instead.

And that is the importance of having asymmetric reward.

Let’s lay this out step by step — because you may be familiar with this concept but I’m guessing that your idea of asymmetry is not 100% the same as what I’ll share next.

Simply put, asymmetry means to have more of one thing than another.

To describe which one you have more of, we’ll use these terms:

Asymmetric risk – your risk is more than your reward.

Asymmetric reward – your reward is more than your risk.

If we stop there, it leaves way too much room for interpretation that I believe would limit your view of this concept. So, we’ll clarify the specific definitions of risk and reward in a minute.

If that’s all you looked at, then it would appear to be symmetrical risk and reward with positive expectancy.

But that assumes the only “risk” you are measuring is the average loss.

What other risk can we measure to determine the full extent of asymmetry?

Here are some ways to measure risk that will give you a different view of asymmetry:

Max Loss — This is the mathematical total possible loss you could theoretically have.

Largest Loss — This can be the largest loss ever experienced or observed in the historical record.

Stop Loss — This can be the point at which you plan to exit the position or even the cumulative losses you are willing to have in a strategy.

Many times you can have asymmetric reward using one measurement but asymmetric risk using another.

For example, buying a stock, you could theoretically lose 100% of the investment for a 10% gain at your target profit — giving you asymmetric risk.

The ideal scenario is to target asymmetric reward on all levels.

This is not only possible but relatively easy to achieve by using options that cap your risk and do not cap your reward.

Although we have clearly stated win rate is not the priority, you will still need to know your win rate in order to complete the analysis of your asymmetric reward.

For example, if you have a Butterfly options trade, you can theoretically make more than you can lose, but the odds are often much less than 50/50 to achieve that reward — so even though you have asymmetric reward, you often do not have positive expectancy at expiration.

We’ve only scratched the surface on this topic and we’ll have to save the rest for later. So we’ll wrap up for now with a question and an example…

Imagine you had 20 wins and 80 losses. But the losses lasted 1 day each and the wins lasted 10 days each. Would you consider that consistently profitable?

I would … and here’s why

This is oversimplified to demonstrate something very important. The final outcome of the trade provides your “win rate” but that is simply a vanity metric that can gloss over the real experience you will have and the levels of risk and reward you face.

While those who focus on win-rate alone may blindly face risk of ruin because they are focusing on a vanity metric; it’s those traders and investors who have both asymmetric reward and positive expectancy that can trade at the largest size with safer and more consistent returns.

If you would like to learn how to set up a portfolio that has asymmetric reward and positive expectancy, schedule a free portfolio strategy discussion to start building a specific plan that is right for you. 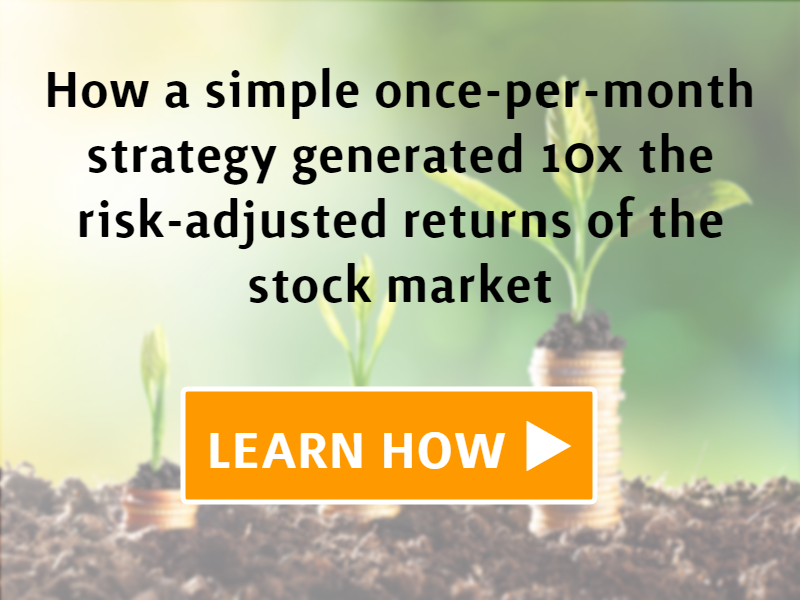